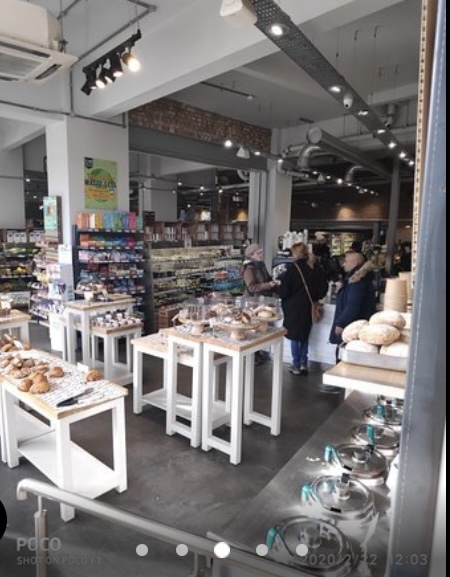 We’ve been talking about Planet Organic over on our social media feeds for some time now and the response has been quite overwhelming.  Despite the love for our little enclave of London, our high streets in Queen’s Park and Kensal Rise were clearly lacking a place to buy high quality organic produce on a daily basis – and we were all clearly feeling the void.  But that’s all set to change and we know you’re excited as we are!

When Planet Organic opened its doors in 1995, it was founder Renée Elliott’s dream to offer the best and widest range of organic foods available, and her mission was to promote health in the community and bring a sense of discovery and adventure into food shopping.

Twenty four years on, there are seven Planet Organic stores in London with the most recent opening its doors in Queen’s Park at the beginning of August.  When asked why they decided upon Queen’s Park, they told us it was for ‘its strong and thriving community‘ (we hear ya Planet Organic!).

Since opening the pop-up coffee bike outside the store, Planet Organic has been thrilled with the level of interest and they will continue to serve organic coffees, vegan affogatos, kombucha on tap and vegan ice cream right up until opening day, so if you haven’t already, go along and say hello. If you’d like to order online from them before they open, you can select to collect your order from the coffee bike too!

Works to the store are going well, and they’re now planning to open at the beginning of August. To keep up to date on the build, you can follow them on Insta @planetorganic .